He is a retired quantum physicist. He is a spacetime fugitive from the year 2040. He is a wanted whistleblower. He is living incognito in 1986. He is on a mission to save the universe. The genius quantum physicist is working for the Department of Defense on a highly classified project, codenamed Hourglass. It all began with hijacked airplanes on September 11th, 2001; it was the beginning of the end. In 2003, the US government initiated an invasion of Iraq to retrieve a legendary artifact, known as a Stargate. To save the universe, the physicist travels back in time, hunted by the corrupted Kopfmann administration. He records a videotape in 1986, revealing classified information, that will create a non-destructive paradox in spacetime and prevent doomsday in 2088. The confession is based on true events. Available on eBook

The President of The United States, Allan Chester Walker, is exposed to a supernatural assassination attempt during his new and improved climate speech in New York. The Pentagon interprets the paranormal event as an attack on the United States. They are forced to believe in the supernatural and assemble a wacky squad consisting of Special Ops soldiers, an agent in charge, a seven generation witch, and an environmental activist. The mystery mission leads the squad into the dark and uncharted area of the Amazon rainforest, where supernatural threats lurk behind every tree and the ancient Inca warlock Wallâq rules his undead kingdom, also known as the legendary lost city of Paititi. Available on eBook.

Salvatore Maldini is a slobby real estate agent with busted dreams. He embarks on his own hardcore mission for justice, when his teenage daughter is run down and hospitalized by a pusher, who is associated with a malicious drug cartel in the tough neighborhood. Available on eBook

The police officers, John Bronson and Amy Baggio, are responding to an ordinary emergency call at Hillwarn Houses, a hostile apartment complex in Castle Hill, Bronx. When they arrive at the scene, the situation is far worse than first anticipated and even further from ordinary. The officers are suddenly tangled in a bloody horror mystery and are pursuing an insane suspect, who does not behave like a human being. Available on eBook

Life is like an old vinyl record and if you don’t change track or melody once in awhile you will start feeling trapped in your own mind, but the mind is a powerful thing — when you fill it with positive thoughts, your life will start to change. THE ORANGE TUNE is about the danger of daily routines and how hard it is to break free from once comfort zone. This is an experimental film by Martin Sommerdag starring the talented performance actress IngaMaría Eyjólfsdóttir.

This should have been a regular urban exploration video, but the filmmakers Martin Sommerdag and Thomas de Hansen suddenly discovers the abandoned and infamous BECH NATIONAL LABORATORY — a top secret Government building where scientists did experiments in quantum leaps, magnetic teleportation and nuclear astronomy.

JULIASAURUS OG DEN SPASAGTIGE BARON is Martin Sommerdag’s newest children’s book. It is about a sweet dinosaur called Juliasaurus who sleeps for 65 million years and wakes up to a changed world. She meets the funny Baron von Martin, who is on vacation on a magical island — and he teaches Juliasaurus how to live and more important how to have fun in this new strange world.

Michael is lonely after a recent heartbreak by the woman he thought was his one and only. Desperate to find true love, he falls for a dating scam that matches him with Russian beauties. Despite his friends’ warnings, Michael decides to travel to Moscow to date the women he has been chatting with online, but a series of bad dates leaves him even more discouraged. Then, he bumps into Veronika, one of the girls he met online, and they form a very close bond. Veronika visits him in New York, and it seems like true love, even though his friends still thinks it’s a scam for money.Available on eBook

Martin Sommerdag is also self-employed with the creative advertising agency called STORYBAIT — a company with very strong skills in video content for social media. Video editing of footage from phones and production of SoMe videos ect.

Martin Sommerdag has written some exciting movie PITCHES — such as the supernatural thriller NO GUTS NO GLORY or the action features TOUGH ENOUGH and HIGH ALERT.

“A nuclear missile has been launched and will hit American soil in 13 hours — the US Government decides to release an agent from the Libyan Intelligence Agency at Guantanamo Bay to assist the FBI on the mission.”

DER KASIER tells the story about Heimdal, who shares birthday with the great German football legend Franz Beckenbauer. Heimdal lives in a banana republic at home, where his wife Jette is the mean dictator. But during the day Heimdal is the tyrant at the local recycling station, and here he is the big boss.

Martin Sommerdag made a Danish found footage web series in 5 episodes called MØRKLAGT which was shown online on Ekstra Bladet – watch all 5 episodes on YOUTUBE. In the late sixties, the Danish government experimented with a nuclear project beneath an old military area in Odense, but something went terribly wrong and now some unreal creatures are protecting a dark secret.

The web series MØRKLAGT was originally 3 short films written and directed by Martin Sommerdag in respectively 2005, 2009 and 2011.

The trilogy is available on DVD on Amazon

Martin Sommerdag is a published author and besides writing books he also loves to write poetry. Sometimes he also makes video poems with art and narration – these video poems are from the poetry collection called IF I WAS 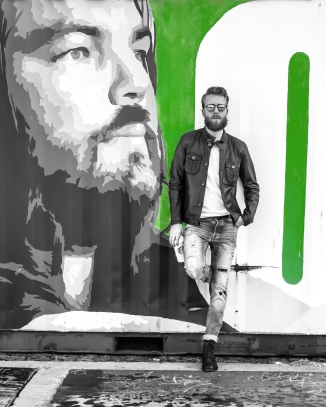 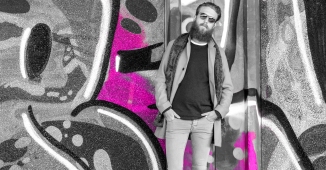 This is Martin Sommerdag’s first sci-fi short film in the genre found footage. On June 30th 1908, an unknown explosion shattered a large area of forest near the Tunguska river in Siberia. Various studies have yielded many different theories about what caused the Armageddon-like event, ranging from an asteroid impact to a UFO crash. TUNGUSKA DIARIES unfolds in the late sixties, where two nerdy field agents from the KGB science department are filming what may be their last minutes on this earth.

Martin Sommerdag’s love story IMAGINE A FLY is written in english and have digital abstract art paintings on each page. Just like a common housefly, a man’s love can not be contained in a jar and must be set free. This is a story about love. A true love story but only if you can imagine it. A famous artist once said; “everything you can imagine is real”. Book review

The short film EBOLA WARNING from 2008 is one of Martin Sommerdag’s biggest successes it has participated in both New York and Los Angels Film & Video Festival. The short film has aroused interest from US film producers and is also very popular on Youtube. In 1978, the Centers for Disease Control recorded a top secret 8MM biological research film for authorized personnel only.

DEAD MAN SINGING is Martin Sommerdag’s critically acclaimed graduation film from Filmtrain Film School. The raw documentary is a tragiccomic portrait about Jimmy who is neo-depressed and lives all alone in a little house. The documentary is packed with an overkill of insane sentences and crazy stories – you don’t know what to believe!

The documentary is available on DVD on Amazon with a lot of extra material and features.

DEN FYNSKE COWBOY OG WIENERBRØDSTYVEN is Martin Sommerdag’s first children’s book and the story is about a little sweet cow called Johanne who is lost in the woods, but fortunately the cow meets a witty and helpful kid who is playing cowboy — the two new friends must be aware because the woods is full of dangers.

SUBWORLD ST. is Martin Sommerdag’s graduation film from Kort & Dokumentar Filmskolen and is an unique art film — don’t dwell on the past, look to the future, you can change it. Move on and see where it leads.

Martin Sommerdag nearly got arrested in 2004 for his web project NOT4COPS do to the extreme high realism in the footage. NOT4COPS is a danish group of uncultured young people, who are looking for excitement in there daily life by filming how they are violating the danish law.

NOT4COPS also made a halloween special edition with lots of violence in the footage.

This is a documentary and not a horror story but a spiritual journey of a man who is stuck in limbo — a place between heaven, hell and earth. We meet ourselves time and again in a thousand disguises on the path of life.

Martin Sommerdag is an experimental artist who works with a cross of street art, photo art and pop culture. He is known for his complex figures such as BROTHERS ON EVEREST, A VISITOR and SOUL — see his work on ARTBOOST and MALERIBASEN or buy Martin Sommerdag’s art book IMAGINE A FLY.