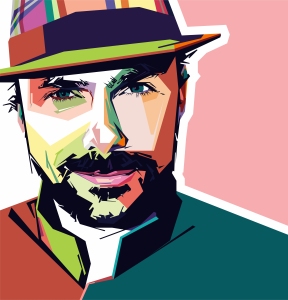 Martin Sommerdag has been a storyteller throughout his life and at a very young age, he began to experiment with short films using his father’s old super-8 film camera and in the 90’s he began using worn out VHS tapes. He still admires these outdated formats.

However, not being able to get into The Danish Film School, he chose an international film school called Filmtrain Film School and graduated in 2006 with the critically acclaimed documentary, DEAD MAN SINGING. Moreover, in 2014 Martin Sommerdag studied at the Short & Documentary Film School in Denmark, graduating with the experimental films SUBWORLD ST. and YOUR MIND.

Martin Sommerdag is also an independent published author, popularly known for his children’s books like JULIASAURUS OG DEN SPASAGTIGE BARON and as well as the weird love story IMAGINE A FLY. He has also published a book series, about two police officers in the Bronx, the first book is called THE WOLF FROM CASTLE HILL.

In 2004, simultaneously with his film studies, Martin Sommerdag created the shocking and very provocative online project called NOT4COPS, which delivered free film footage of various crimes shot from the criminal’s point of view — the footage looked extremely realistic and authentic, that it nearly got Martin Sommerdag arrested.

Martin Sommerdag continued to experiment with mocumentaries and made EBOLA WARNING top secret CDC 8mm film footage, from a covert and classified virus experiment — interview with Martin Sommerdag. In 2014, Martin Sommerdag wrote and directed the sci-fi short film TUNGUSKA DIARIES — a suspense story that revolves around two KGB agents and an eerie unidentified flying object near the Tunguska River in Russia in the 60s. In 2017, Martin Sommerdag made the art film THE ORANGE TUNE, life is like an old vinyl record, a story about the danger of daily routines and how hard it is to break free from once comfort zone.